Eating insects to save the world 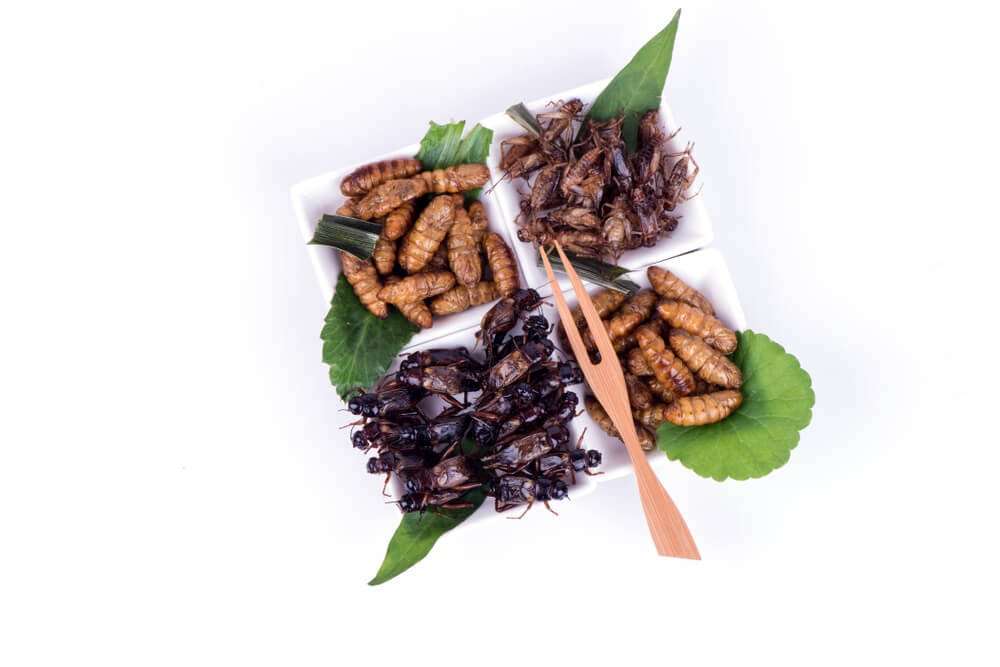 Think of eating insects and the first thing that springs to mind is a TV personality heroically forcing down a mouthful of witchetty grubs during a bush tucker trial on ITV’s “I’m a celebrity, get me out of here”. However, entomophagy, or the human consumption of insects, has been around a lot longer than the popular TV show.

“People from around the world have been consuming everything from beondegi (silkworm pupae) in South Korea to ishwa (flying ants) in Zimbabwe for centuries,” says Tessa Nguyen, a chef, registered dietitian and founder of Taste Nutrition Consulting.

More than 1900 insect species have been documented as edible, most of them in tropical countries. The most commonly eaten insect groups are beetles (31%), caterpillars (18%), bees, wasps and ants (14%), grasshoppers, locusts ad crickets (13%), cicadas, leaf and planthoppers, termites, dragonflies and flies. 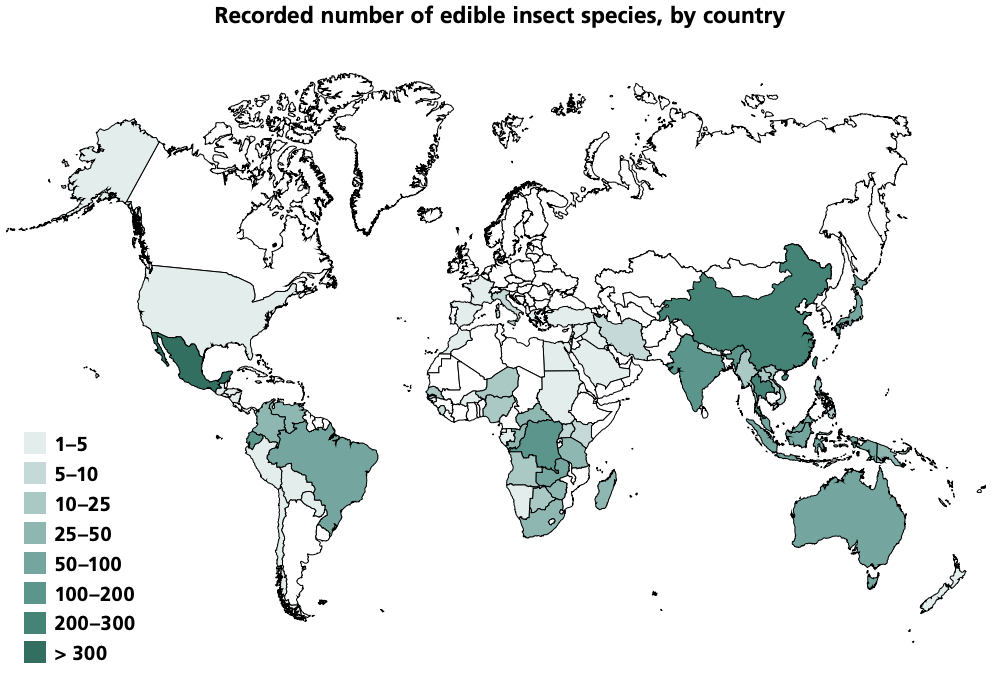 In many food cultures worldwide, insects are a prized delicacy, and reach higher prices than meat. Over 2 billion people regularly include insects in their diet. Yet today’s dominant global food culture, that of the developed Western world, does not embrace insects.

This could be because Europe is home to just 2 percent of the world’s edible insects, and its specimens don’t grow as large (and thus aren’t quite worth hunting) as those in the equatorial tropics. Europeans, and by extension European settlers in North America, therefore never had a bug-eating tradition. Insects are associated in the developed world with dirt and decay, signifiers and carriers of disease; they are called pests, a word whose Latin root means plague.

So why are edible insects experiencing a surge in interest right now? Insects as food emerge as an especially relevant issue in the twenty-first century due to the rising cost of animal protein, food insecurity, environmental pressures, population growth and increasing demand for protein among the middle classes. Alternative solutions to conventional livestock urgently need to be found.

Eating insects to save the planet

By 2050 the world will be home to almost 10 billion people. The U.N. Department of Economic and Social Affairs’ Population Division said in a new report in June 2019 that world population could reach its peak of nearly 11 billion around the end of the century.

According to the UN’s Food and Agriculture Organisation, current livestock production will need to almost double by 2050 to accommodate this growth, from 229 million tonnes to 465 million tonnes.

However, with 70% of global arable land already used for meat production, the projected land requirement is not viable. Furthermore, current animal sources of protein for human consumption are unsustainable in the long-term due to their environmental impact (please refer to allmanhall’s blog on red meat consumption, January 2019, https://www.allmanhall.co.uk/blog). 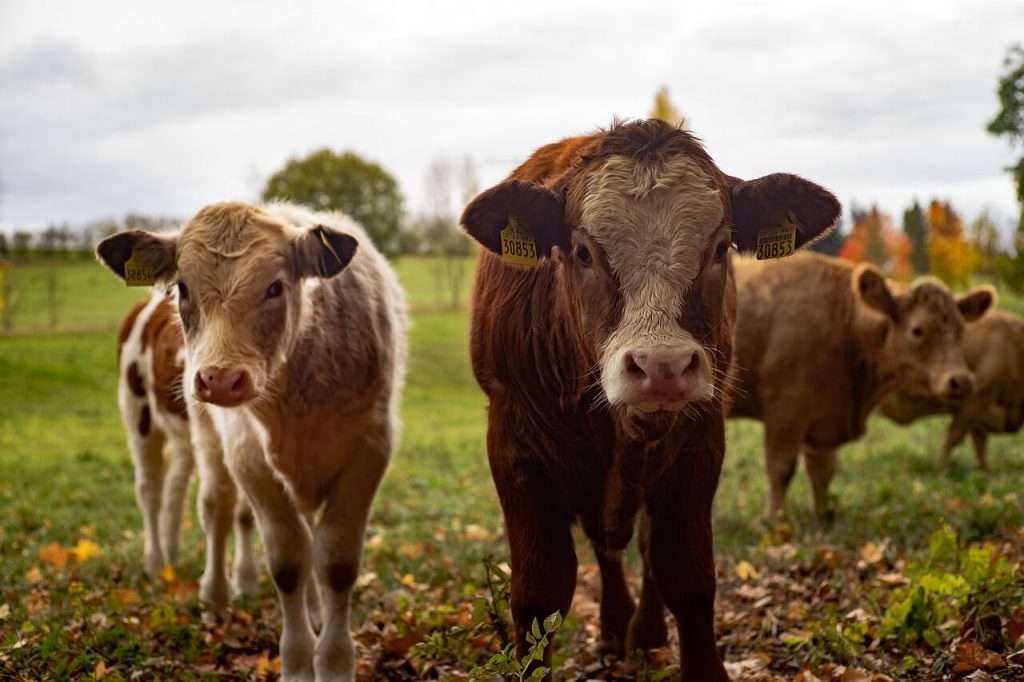 Land is scarce and expanding the area devoted to farming is rarely a viable or sustainable option. Oceans are overfished and climate change and related water shortages could have profound implications for food production. In a 2013 report the FAO stated: “To meet the food and nutrition challenges of today – there are nearly 1 billion chronically hungry people worldwide – and tomorrow, what we eat and how we produce it needs to be re-evaluated. Inefficiencies need to be rectified and food waste reduced. We need to find new ways of growing food. Edible insects… offer a significant opportunity to merge traditional knowledge and modern science in both developed and developing countries”.

The environmental benefits of rearing insects for food and feed are based on the high feed conversion efficiency of insects. Crickets, for example, require only 2 kilograms of feed for every 1 kilogram of bodyweight gain. They need 12 times less feed than cattle, four times less feed than sheep, and half as much feed as pigs and chickens to produce the same amount of protein.

Insects emit relatively few greenhouse gases compared to other livestock – 1g for a cricket compared to cattle 2850g, pork 1130g, chicken 300g – and also create much lower levels of ammonia than traditional farmed animals. There is also no need for vast acres of land or large volumes of water as crickets require 2,000 times less water than cattle. 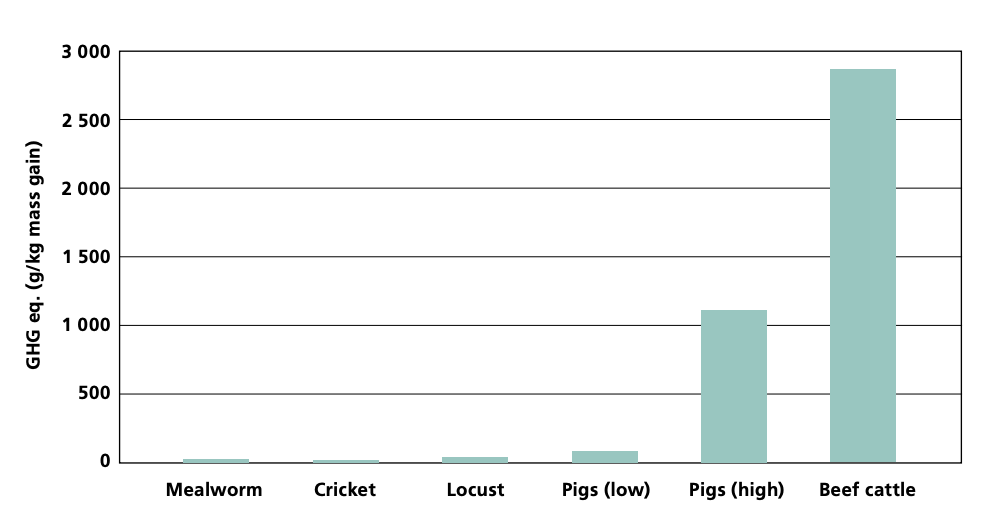 Insects could also be used to feed, not just humans, but the animals which we ultimately consume. Insects can partly replace the increasingly expensive protein ingredients of compound feeds in the livestock, poultry and aquaculture industries. Grains now used as livestock feed, which often comprise half the cost of meat production, could then be used for human consumption.

However, insects may not provide the ‘magic bullet’ of sustainability. The environmental footprint of insect production on a commercial scale should still be considered. Crickets, the most commonly farmed insects, have an environmental footprint similar to chicken when fed with poultry feed and kept alive with an energy-intensive heating system. Dennis Oonincx, an entomologist based at the University of Waginingen in Holland, argues that all animal production systems, whether be they insects or larger livestock, “add inefficiency [because] plants that can be consumed directly are best used as food instead of feed for insects”.

Many edible insects provide satisfactory amounts of energy and protein, meet amino acid requirements for humans, are high in monounsaturated and/or polyunsaturated fatty acids, and are rich in micronutrients such as copper, iron, magnesium, manganese, phosphorous, selenium and zinc, as well as riboflavin, pantothenic acid, biotin and, in some cases, folic acid.

In Southern Africa, mopane caterpillars (imbrasia belina), which feed on nutrient-rich plants such as moringa, mopane and cassava, increase 4000 times in size from the day they hatch until they are harvested 35 days later. They produce 55% protein in each 9g animal. The caterpillars can produce around 50 ton of protein per hectare per annum. Protein content is high in insects and therefore using insects as food can help increase dietary quality when including animal source proteins. 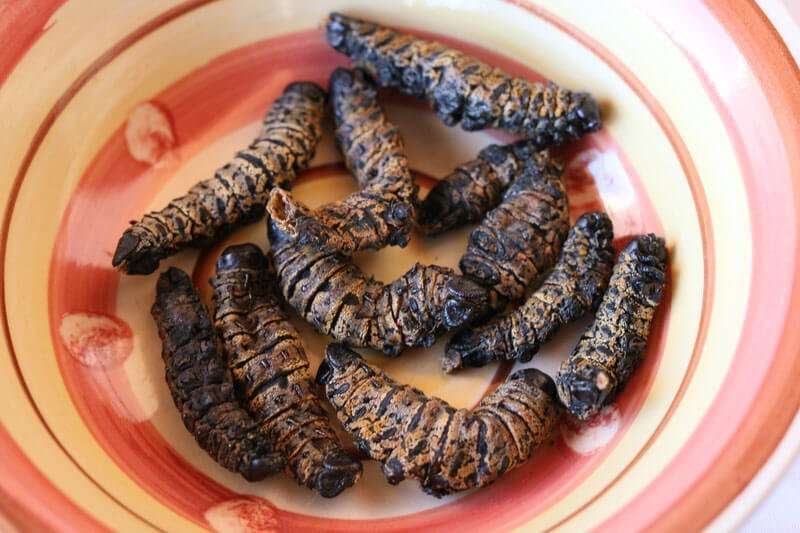 Edible insects are also a considerable source of healthy fats . Their oils are rich in polyunsaturated fatty acids and frequently contain essential linoleic and α-linolenic acids. The composition of unsaturated omega 3 and 6 fatty acids in mealworms, for example, is comparable with that in fish, and higher than in cattle and pigs.

Insects are a major source of animal protein in many of the world’s poorest communities and are critical for diet diversification but in most of those countries eating insects is not a matter of survival but a question of personal choice. Along the Limpopo River in Southern Africa, for example, mopane caterpillars are hand-picked by mostly women and children straight from the trees in the Mopane woodlands. Once collected, the caterpillars have their guts removed and then they are sundried, which preserves them until the next harvest. Although traditionally the mopane worms are only harvested for personal, it has now grown into a thriving industry providing an income for many rural communities.

Insects offer important livelihood opportunities for many people in developing countries, particularly women and children, mainly because the entry requirements to engage in insect collection, processing and sales are relatively low.

In 1997 for example, villagers in impoverished north-eastern Thailand started housing crickets in concrete pens in their backyards. As demand for the insects has risen over the last two decades, so have profits: one farmer reportedly went from selling 10 kilograms to more than two tons a day. Now around 20,000 such farms have been established, collectively earning more than $3 million a year. 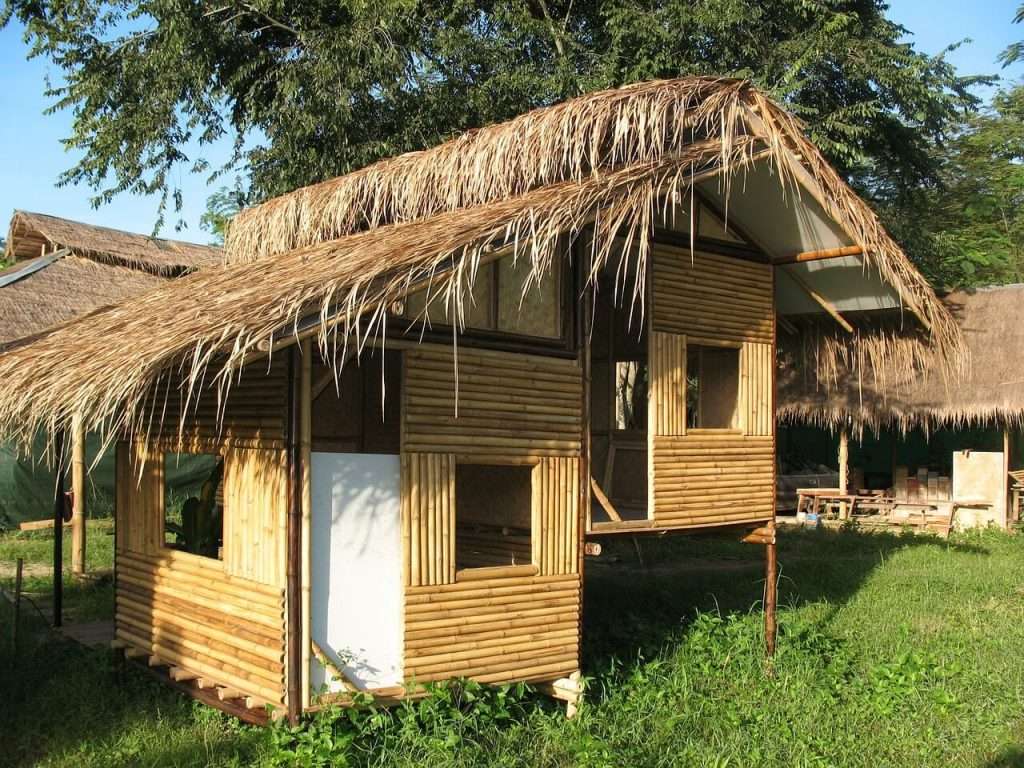 There is a real danger, however, that people who have enjoyed eating insects for centuries now choose to sell them rather than consume them because they see insects as an immediate and valuable income.  This could contribute to protein and iron deficiencies in the poorest communities and does nothing to combat inequality. Perhaps a Fairtrade certification is needed for insects, not just chocolate and coffee.

The future of insect eating

The last decade has seen insects make their way from tropical rural communities all the way to exotic food stores in developed countries. Several kinds of insect have even appeared in the world’s most famous luxury stores, Harrods and Selfridges. However, they are still very much seen as a gimmick and it will take a lot more work on the part of edible insect businesses and retailers to persuade British consumers to overcome their fear and disgust, and to include insects in their weekly supermarket shop. 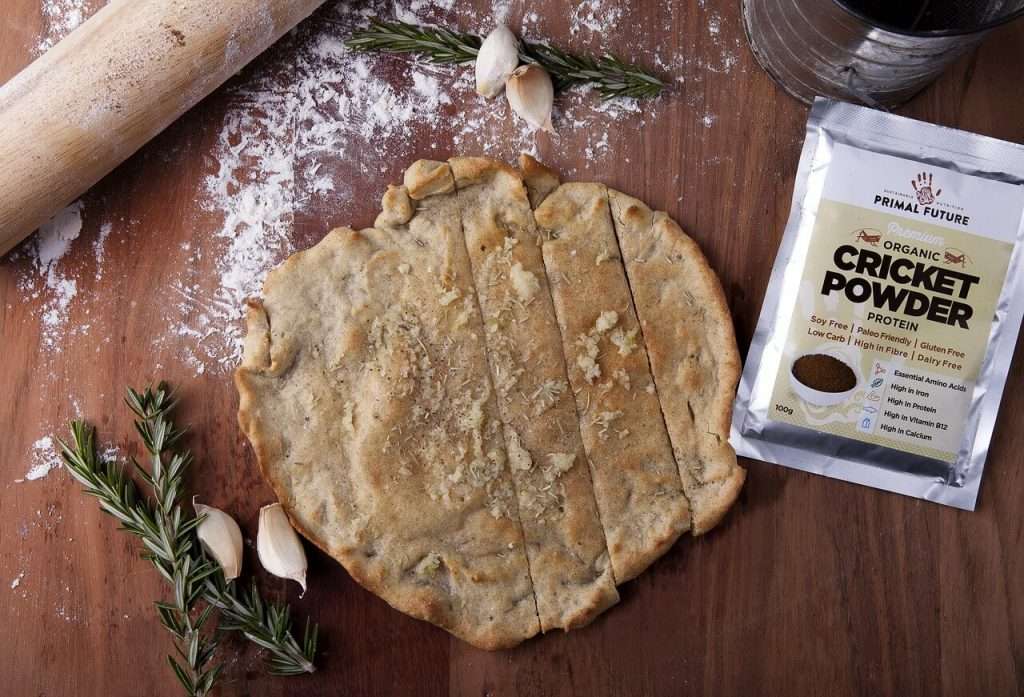 Perhaps edible insects just need a rebrand. In 2004, when Australia was struggling to deal with the biggest plague of locusts in thirty years, two government agricultural officers wrote a cookbook called “Cooking with sky prawns” , containing more than twenty locust recipes. Dishes included locust dumplings, chocolate-covered locusts, locust-flavoured popcorn and “Coonabarabran stir fry”, named after one of the towns in New South Wales most affected by the plague.

One solution to overcome the ‘fear factor’ in the developed world is to use insect-derived cooking ingredients, such as cricket flour, rather than the whole insects. In 2016, the Wahaca restaurant chain introduced a gluten-free cricket brownie, using flour made from ‘chapulines’ or Mexican grasshoppers. This is much less off-putting than a plate full of legs and antennae, and may provide a suitable entry point into a more regular practice of entomophagy. 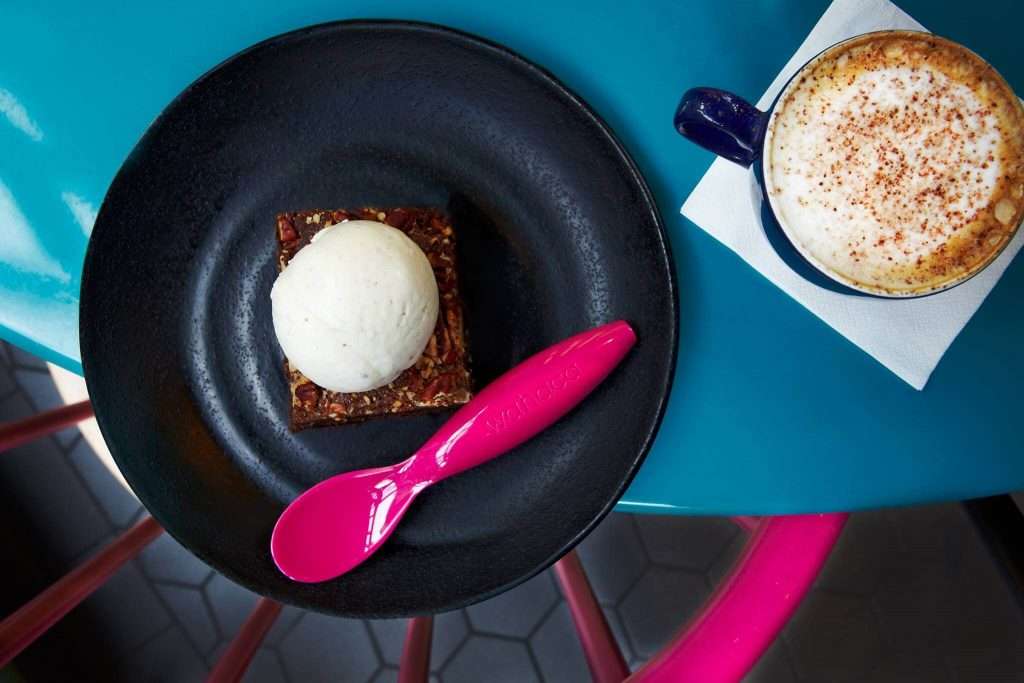 According to American journalist Ligaya Mishan, “It’s useful to remember that our ancestors didn’t eat bugs simply out of proximity or necessity or perceived impending apocalypse. They also did it out of desire: for the crackle of the exoskeleton and the gooeyness within, followed, perhaps, by a Thai silkworm’s underlying lilac must; or the cosseted funk of dried shrimp, evoked by a Ugandan katydid; or the clean, clarifying aroma of bruised lemongrass, as with an Amazonian saúva ant. They ate insects because insects are delicious”.