When it comes to reducing the carbon footprint
in food supply chain management, we are WHAT we eat… 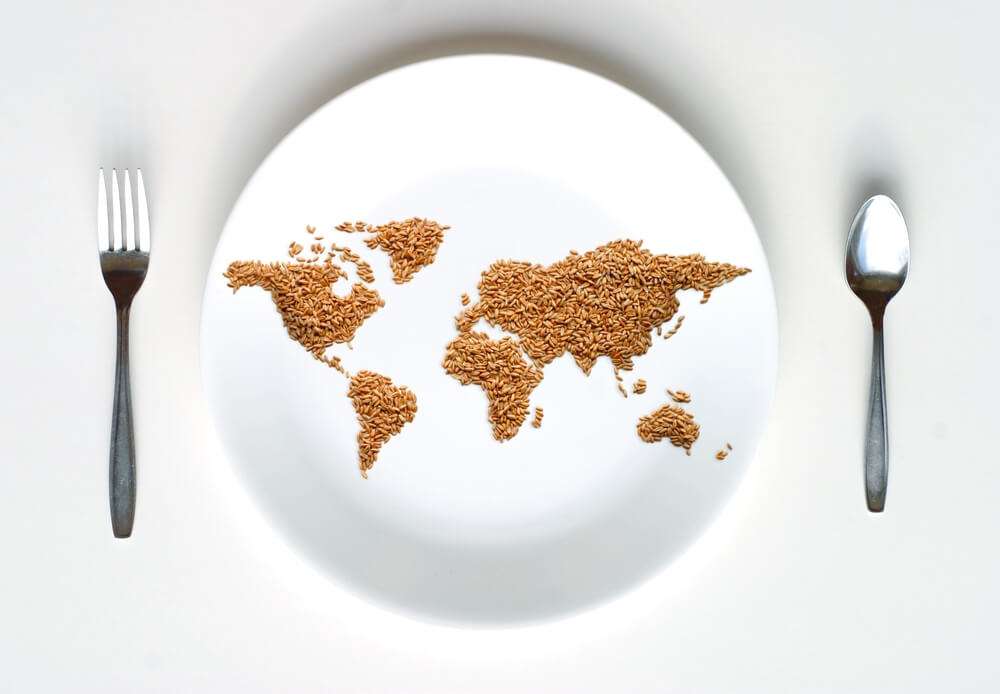 Over the last fifty years, we have quietly accelerated towards an environmental crisis, mostly without many of us noticing the scale and impact of these interconnected challenges. Our population has grown exponentially, from 2.5 billion in 1950 to 7.9 billion people today, and our demand for energy and resources have far outstripped the restorative powers of our planet. It is estimated that if we calculate the number of humans that have ever existed, then eight per cent are currently experiencing life on the earth today. Unfortunately, we cannot expand the physical size of our planet to match this demand, so we must take a more sustainable approach.

How can we be sure that human activity is killing nature at an unprecedented rate, and how credible are those calling us to action?

From a climate change perspective, we take guidance from the Intergovernmental Panel on Climate Change (IPCC). The thousands of leading scientists who form the IPCC are experts in their field, whose findings on man-made climate change are endorsed by the United Nations General Assembly and the world’s governments. Therefore, the IPCC’s latest findings should be taken very seriously:

Food is often the poor relation in the climate debate accounting for up to 30% of all global greenhouse gas (GHG) emissions. Furthermore, different foods vary in their production systems, harvesting, storage, packaging, and modes of transportation, resulting in certain foods emitting considerably more carbon than others.

We are often told that sourcing food locally is key to sustainably eating. However, this oversimplification is not the case for most foods, with the impact of transport often minimal. For example, you might be surprised to learn that for beef, the majority of CO2 emissions stem from the farm stage, with transport only accounting for 2% of beef’s carbon footprint. Therefore, as is the case for many foods, reducing ‘food miles’ has a minimal impact on reducing emissions. Likewise, UK produce grown out of season in hothouses can be as bad as airfreighted produce, emitting significantly more carbon than produce imported from overseas, grown in season and outdoors.

It’s also important to remember that CO2 isn’t the only GHG emitted within food supply chains. We also have Methane, most often associated with cattle, sheep and rice, and Nitrous Oxide with fertilisers. Furthermore, methane is 25 times more potent than CO2, whilst Nitrous Oxide is 297 times more.

Clearly, the emphasis needs to be on what food is being eaten, not just where it comes from and as such allmanhall are implementing a carbon impact assessment tool to quantify precisely how much CO2 sits within our school meals. Carbon impact assessment tools remove ambiguity and simplify the process of measuring and reducing complex carbon emissions, enabling foodservice teams to adapt recipes and menus accordingly

Beyond greenhouse gases, we face other equally dangerous challenges, many associated with our food systems and growing global demand for meat and dairy products. This is where we look to the Intergovernmental Science-Policy Platform on Biodiversity and Ecosystem Services for guidance or IPBES for short. IPBES, like the IPCC, supports science policy for biodiversity and eco-system services to 137 member States, drawing upon the expertise of a thousand leading scientists. IPBES Evaluates changes to our ecosystems from a 1970 baseline, identifying drivers of change and exploring the implications for economies, livelihoods, and our wellbeing. The scale of the challenge that we face is significant:

Why does nature matter to human development?

It matters because it produces our food, regulates our climate, and cleans our water. In short, nature sustains human existence. The cost of sustaining global biodiversity has been calculated at $76 billion per year, a fifth of the global amount spent annually on soft drinks.

So, considering the credibility of the IPCC and IPBES, their research, and their findings, the message is loud and clear. We face serious global challenges that demand our attention. Challenges that have grown exponentially over the past fifty years must now be addressed. Deloitte’s 2021 Global Gen Z survey ’a call for accountability and action’ highlights an expectation for action and holding others to account. The environment is a higher priority than unemployment, healthcare and, remarkably, education. They expect organisations to work together – governments, educational systems, and businesses to tackle climate change. They recognise that their future depends on our ability to create global system change and want to play their part in transforming values, attitudes, and behaviours towards the planet. This presents us with a challenge and an opportunity. So how do we harness this sentiment as a force for good? How do we raise awareness, share ideas, promote knowledge, and share successes? We need to make improvements quickly, improvements that create a virtuous domino effect, from individual behavioural change to influencing wider decisions in the food supply chain.

Here are just a few simple things that can be done to reduce the carbon footprint within catering operations.

We need to act with urgency. The most complex challenges will involve tackling the environmental impacts of our supply chains. It is best to face this challenge early, as it moves from a nice to have to a need to have with impending legislation.