Why is sustainable fishing so important? 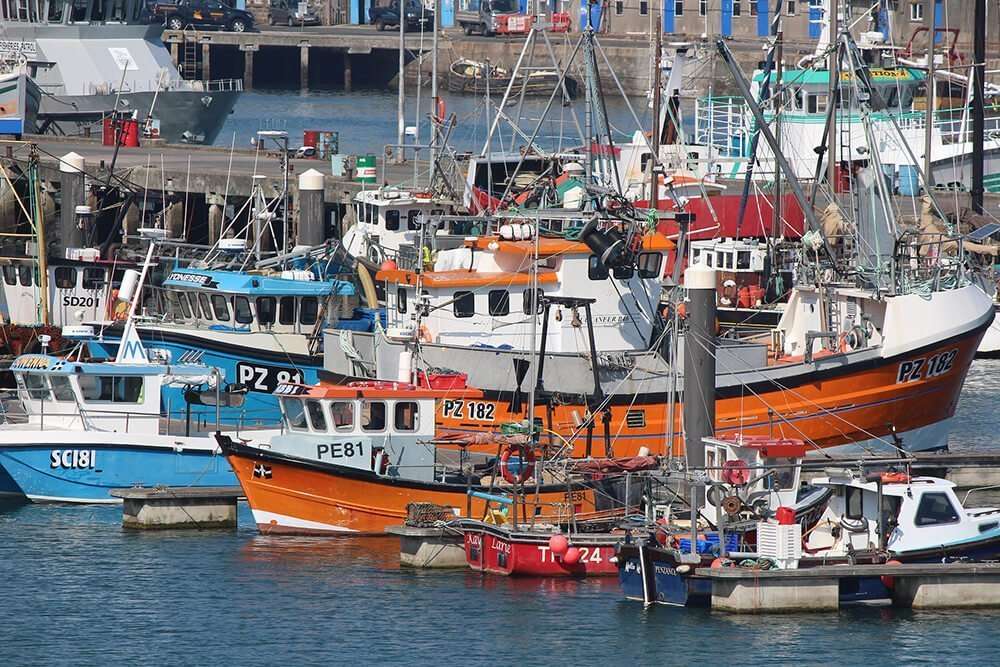 The world’s fish stocks are at risk from overfishing

Most of the aquatic food we eat comes from one of the Earth’s most valuable natural resources, the oceans, which cover 70% of the planet’s surface area. 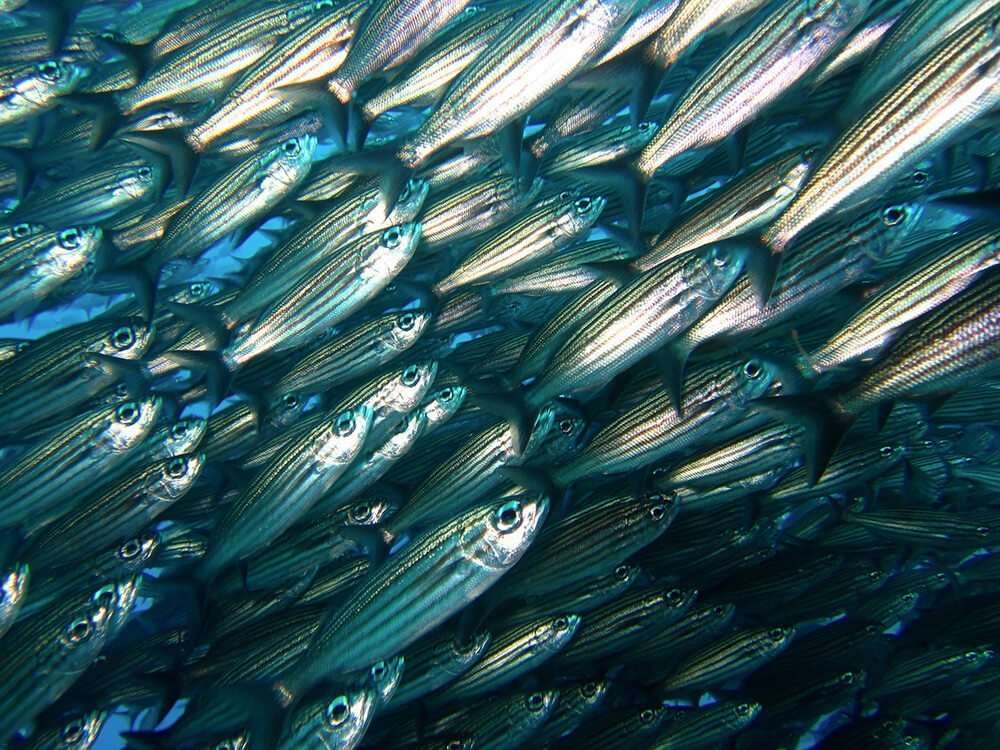 According to the World Wildlife Fund (WWF) our planet’s reliance on the oceans is considerable. Some of its primarily planetary functions include: regulating global temperatures; absorbing solar radiation; greenhouse gas absorption and oxygen creation; and it is an integral part of the water cycle. This vast marine habitat also supports a diverse range of living organisms ranging from the microscopic, such as plankton, to the largest animal currently known to exist, the blue whale.

According to the United Nations and other leading international bodies, the oceans around the world also play a key part in supporting people’s lives and are an important source of nutrition in many people’s diets. Fisheries are found in both coastal areas and inland waterways where millions of people who work in the sector harvest aquatic animals to feed the ever-expanding global population. For developing countries, fish and fish products are an essential source of cheap nourishment and serve as a valuable supplement to diets that can often lack essential vitamins and minerals. In 2014, it was estimated by the United Nations Food and Agriculture Organisation (FOA) State of the Worlds Fisheries and Aquaculture Report -2016 that 56.6 million people are engaged in both primary wild capture and aquaculture, with most of the workforce coming from Asia (84%), then Africa (10%) followed by Latin America and the Caribbean (4%) where the fishing industry supports the livelihoods of the men and women who are employed within it.

Aquaculture is on the rise and the UN have stated that the stocking of aquatic organisms is growing more rapidly than any other animal food-producing sector. In 2014 global aquaculture production reached 73 million tonnes, hitting a milestone whereby the world consumed more farmed fish than wild-caught fish. This may seem like a promising statistic however they also comment on statistics that reveal that global marine fish stocks are in jeopardy, increasingly pressured by overfishing and environmental degradation.

According to the WWF a third of our planet’s fisheries have been pushed “beyond their biological limits” meaning that fish are caught at an unhealthy rate and the fish population is unable to naturally reproduce at a level that allows fishing to continue without damaging the resource. Stocks are also affected by illegal, unreported, and unregulated (IUU) fishing activities and products entering the market. The IUU not only threatens the sustainability from a marine ecological point of view, but the economic cost is estimated to be $36.4 billion per year and impacts vulnerable coastal communities whose livelihoods can be undermined, and whose prices are undercut by IUU’s fisheries.

A study by Global Fishing Watch, where data was gathered from over 70,000 vessels between 2012 and 2016, discovered that commercial fishing covers more of the planet’s surface area than land-based agriculture and extends over at least 55% of the ocean. Five countries account for 85% of observed fishing in high seas – China, Spain, Taiwan, Japan, and South Korea. China was the most active country in our oceans, accounting for over half of the total fishing hours.

Within the 5-year period of the study, vessels covered a combined distance of 460 million km, equal to traveling to the moon and back 600 times.

What is being done to reduce overfishing?

The amount harvested from the oceans is an emotive issue and the sustainability of fish stocks and the protection of the oceanic environment is being increasingly managed by international communities to protect this global resource, because fish do not adhere to international law. 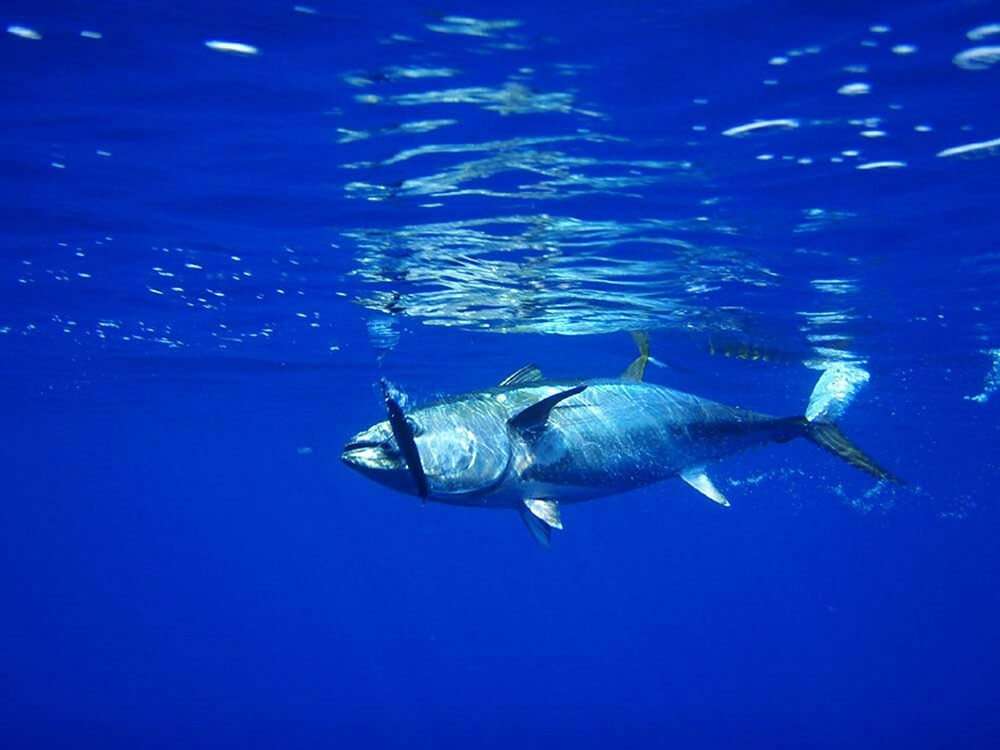 Overfishing of species such as bluefin tuna has been addressed in the Mediterranean by using tuna farms where fish are caught then farmed up to a certain size of around 240kg before they are taken onto the land, processed, and distributed around the world. The bluefin tuna is a registered endangered species and due to oceans warming and climate change there have been increased sightings of the fish in UK waters; however, it is prohibited for both commercial and recreational fishing vessels registered in the UK.

Methods like that utilised by the Global Fishing Watch to monitor the movements of vessels around the planet are useful techniques used to trace fish from “bait to plate”. It assists in identifying products and suppliers that contribute towards and work in partnership with agencies that aim to improve the reliability and traceability of the food we eat.

Another scheme within the marketplace is skipper’s catch or day boats, where the fish brought to the market are caught by small independent fishers who catch “local” varieties that are in season. This also improves the freshness of the fish as they are moved from the boat to the plate at a much faster rate and can be traced not only to the boat but to the skipper too.

How does the Marine Stewardship Council promote sustainability in fishing?

The Marine Stewardship Council (MSC) are driving forward the requirement for sustainability by endorsing more than 25,000 seafood products with their signature blue fish label and certifying around 300 fisheries globally. One of the many challenges that the MSC face through their work is moving fish away from a commodity traded product, where it lacks much differentiation and most of the products we see on the markets whether they are whole fish, filleted fish or heavily processed fish can be considered identical regardless whether they come from a sustainable or unsustainable source. The MSC has introduced differentiating features through its certification of product origin, fishing methods and equipment used by fisheries and other sustainability criteria which segregates the market and helps trace the product back to source. By working with fisheries, producers, processors, distributors, and end-buyers the MSC aims to distinguish their certified product from other uncertified and possibly IUU products.

How does the Marine Conservation Society promote sustainability in fishing?

The Marine Conservation Society (MCS) is a different organisation that works to help caterers, retailers and consumers make informed decisions on what seafood they should be using on their menus. They do this by producing guides on what is in season, what alternative species can be used and what is at risk through their Good Fish Guide. The seasonality table applies to fresh fish as canned or frozen fish, either at sea or on land, can take longer to reach the consumer. The red months signify when the species breed, and when a spawning fish population is at its smallest. These critical periods should be avoided to help sustain healthy fish stocks. To help seafood populations re-populate we need to move our consumption to the more traditional fish of the day or month as sticking to seasonal seafood would disperse the impact of fishing more evenly across different species. There are around 150 commercial fish species found in UK waters, yet we mainly rely on five: cod, haddock, tuna, salmon and prawns.

How can allmanhall help their clients to ensure sustainable fish supplies?

Procurement specialists can help foodservice providers implement a sustainable sourcing strategy by ensuring that you are given the most up to date market information so that you can plan a cost-effective menu. allmanhall can assist in ensuring that the food you put onto plates is seasonally sustainable, comes from a certified fishery and has a lower risk of leaving a long-lasting damaging impact to our marine ecosystems. The Safely Sourced Seafood List produced by M&J Seafood is a great example of how our suppliers promote responsible sourcing strategies and by using products on their list of some 300 fish and seafood products, catering teams can be part of the Fish2fork scheme, which rates restaurants according to the impact their seafood has on the world’s sea and marine ecosystem.