Why is palm oil so controversial? 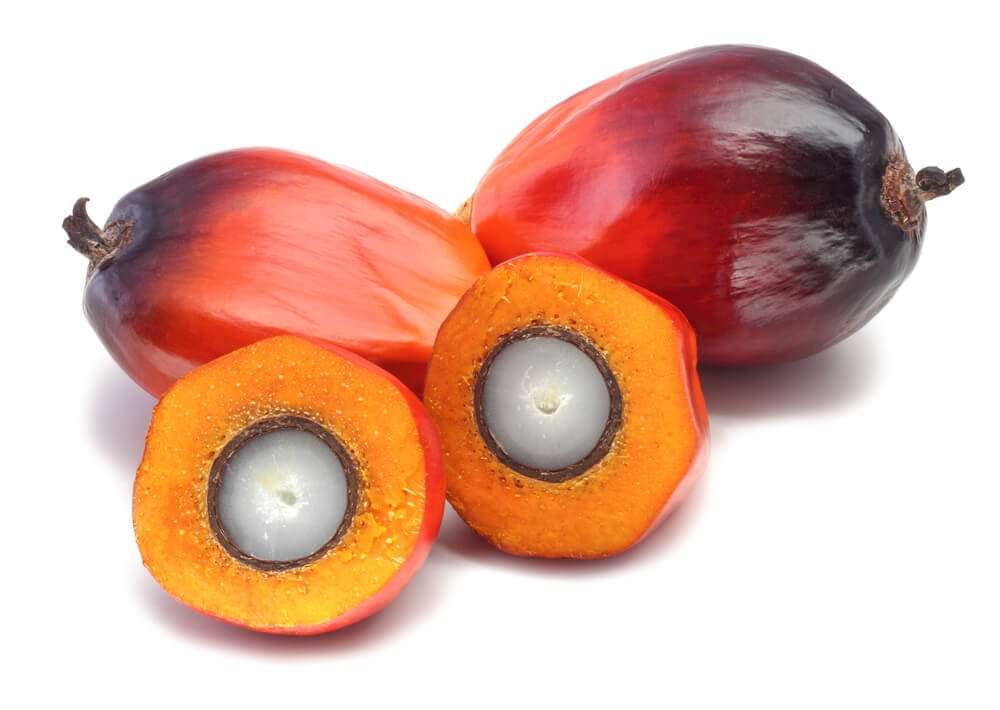 The controversy surrounding the effects of palm oil production was highlighted in late 2018 when Iceland’s Christmas advert was “banned” from transmission at the start of November 2018.

Iceland removed palm oil from all of its own brand products and used its Christmas advert to promote its policy.

The advertisement, “Rang-tan”, was not approved for transmission because it was made by Greenpeace, which is classed as a political organisation, and political advertising is not allowed on British television. The plea for British people to stop using palm oil amassed over 30 million views across social media, and an ensuing online petition gained over 700,000 signatures in less than a month. 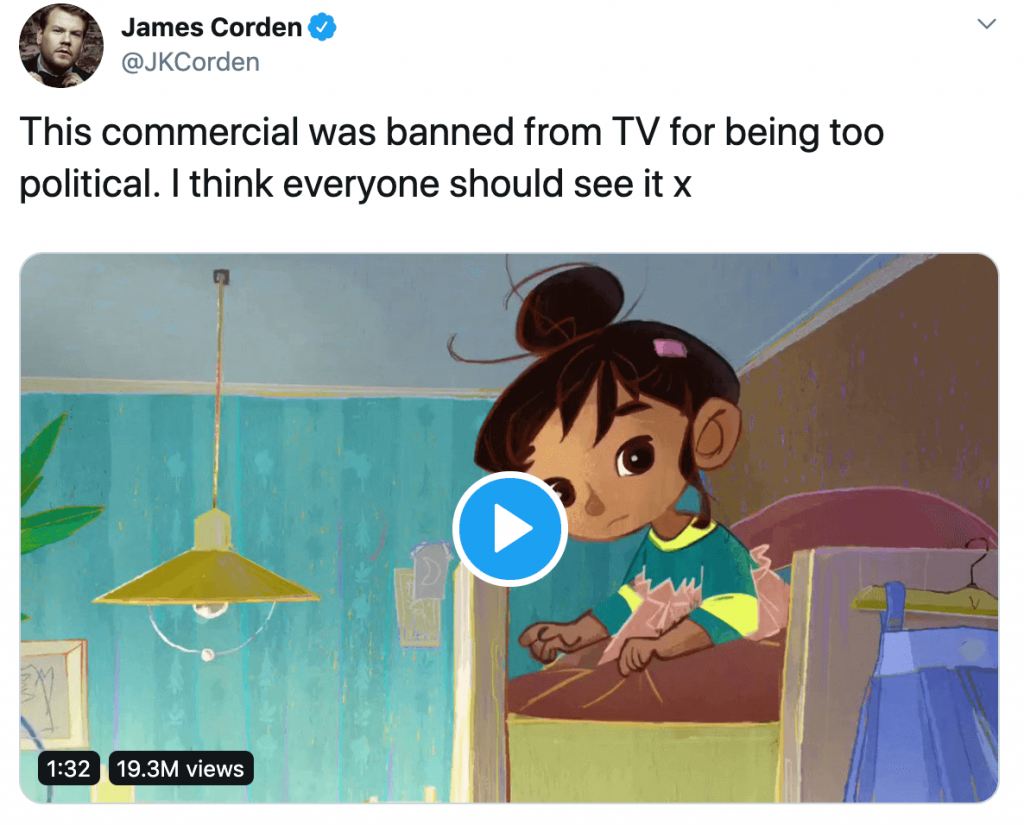 Iceland’s palm oil ban was unprecedented in the UK’s supermarket sector and, according to Richard Walker, Iceland’s Managing Director, it has cost the business “millions of pounds” in sourcing alternatives and re-designing product recipes and formulas.

“I’ll be the first to admit that palm oil has many business benefits – it’s cheap, versatile and malleable throughout the manufacturing process. Nothing is wrong with sustainable palm oil, but I didn’t believe there was enough of it available on the mass market to use it and to encourage others to do the same”.

So, what exactly is palm oil? Palm oil is derived from the pulp of oil palms and is the world’s most produced edible oil, with nearly 65 million tonnes produced in 2017. Until the 1960s oil palms were mainly grown in Africa, but since then production has shifted to Southeast Asia: according to FAO statistics, Indonesia (53 % of global output) and Malaysia (29 %) are the leading producers. 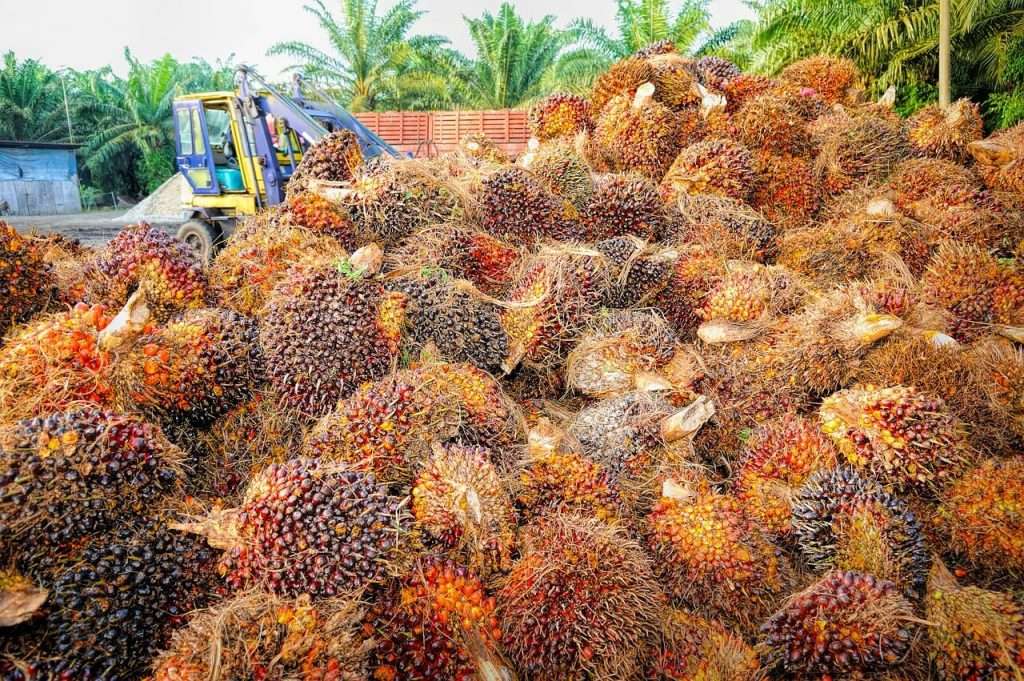 Palm oil cultivation was encouraged because the crop has many advantages versus other oil sources. Compared to soybean (the world’s second most widely consumed vegetable oil after palm oil), it requires only one-tenth as much land, one-seventh as much fertiliser, one fourteenth as much pesticide and one-sixth of the energy to produce the same quantity of oil and is therefore very cost effective to produce. Palm oil’s yield benefits are also fivefold that of rapeseed.

This exponential growth looks set to increase even further as the Indonesian Association of Palm Oil Producers (GAPKI) projects a 50% increase in output between 2014 and 2025, in part due to the growing maturity of young estates, while the FAO predicts a doubling of vegetable oils consumption between 2010 and 2050.

Is palm oil the fuel of the future?

The vast growth in palm production has been partially fuelled by environmental targets. In 2009 the European Union introduced the Renewable Energy Directive, which established an overall policy for the production and promotion of energy from renewable sources in the EU. It required member states to fulfil at least 20% of their total energy needs with renewables by 2020, of which at least 10% of their transport fuels should come from renewable sources.

Using palm oil to create biodiesel appeared to be the way forward as biodiesel has been demonstrated to have significant environmental benefits in terms of decreased global warming impacts, reduced emissions and greater energy independence.  As a result, nearly half of all EU palm oil used in Europe went into biodiesel compared to less than 10% eight years ago.

However, this policy decision has prompted unintended, and some would consider unacceptable, human and environmental consequences.

Indonesia and Malaysia’s palm oil industries provide employment for 721 000 and 4 million smallholders and labourers in Malaysia and Indonesia respectively. A further 11 million in the two countries are indirectly dependent on it. As most of the cultivation is in remote rural areas, where alternative employment is scarce, the palm oil industry could be seen to benefit rural development and alleviate poverty.

However, not all have benefited; in both countries, indigenous communities often lack legal documents certifying their ownership of land, and there are many legal conflicts between oil palm companies granted government concessions in forested areas, and the people who have used the land for centuries. In some cases, this has led to local people losing access to land and resources. As a result of such problems, in one survey nearly half of 187 villages in Indonesian Borneo were opposed to palm oil companies. There are also serious concerns about abusive labour conditions on some plantations.

The EU voted overwhelmingly in 2017 to ban biofuels made from vegetable oils including palm oil by 2020, to prevent the EU’s renewable transport targets from inadvertently contributing to deforestation. However, this policy has had a devastating impact on hundreds of thousands of smallholders that have sprung up as a result of the EU targets. The ban formed part of a revision of the EU’s renewables directives and has already prompted the rumblings of an international trade dispute, with Malaysia and Indonesia threatening retaliatory sanctions against EU goods in response, and Malaysia reportedly threatened to cancel defence contracts worth £5bn if the UK backed a palm oil ban in Brussels.

Palm oil’s effect on the environment

Deforestation poses an immediate threat for several reasons. Unlike tropical rainforests, oil palm plantations support only one fifth as many animal species. By eating into the habitats of the orang-utan and Sumatran tiger (both critically endangered species) as well as numerous smaller animals, they threaten biodiversity. 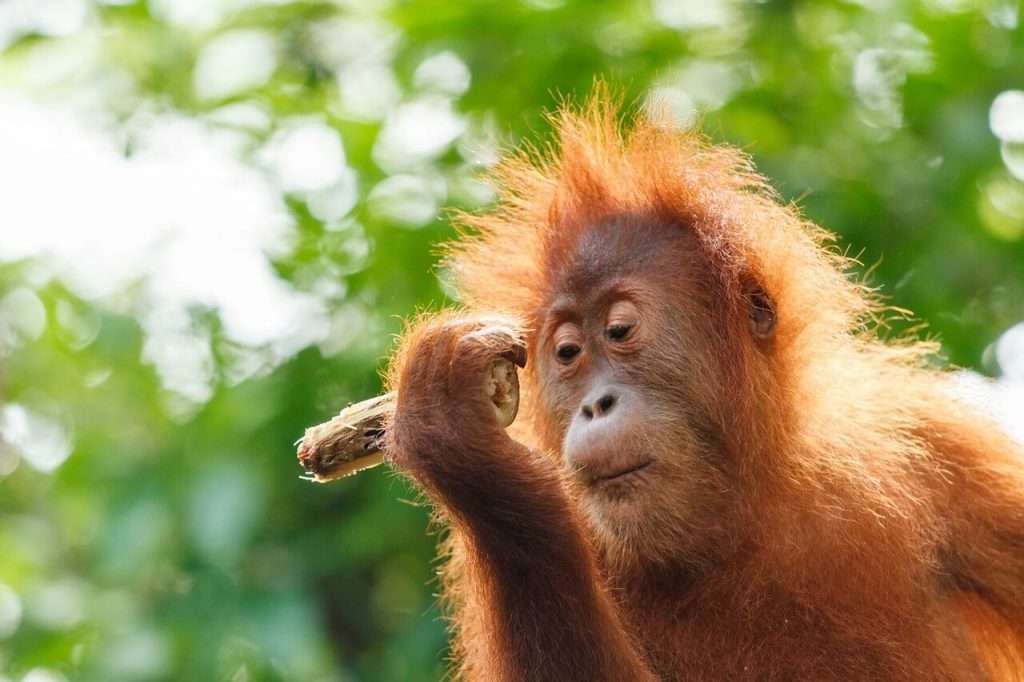 At the same time, oil palms have less than 20 % as much above-ground biomass as rainforest trees, and a correspondingly lower capacity to absorb carbon dioxide from the atmosphere. That effect is exacerbated for the estimated one third of Indonesian and Malaysian plantations located on waterlogged carbon-rich peaty soils.

Draining such soils, which is necessary for the oil palms to grow, exposes the peat to oxygen, causing it to decompose and release huge quantities of carbon dioxide into the atmosphere. Peat drainage in Southeast Asia is estimated to cause the equivalent of 2% of global fossil fuel CO2 emissions.

Forest fires are another even bigger contributor to global warming and a recurrent environmental disaster in Indonesia. Such fires can occur naturally, many are started deliberately – mostly by smallholders practising ‘slash and burn’ agriculture, but sometimes also by large plantation operators. In the dry season, fires can easily get out of control, destroying huge tracts of forest. Around one-fifth of such fires can be directly attributed to palm oil.

Some of Indonesia’s worst forest fires to date were in 2015. Over several weeks, Indonesia became the world’s biggest emitter of greenhouse gases, as fires destroyed an area almost the size of Belgium. Choking haze spread as far as Singapore, causing as many as 100 000 premature deaths across south-east Asia.

Indonesia has introduced several measures to limit the social and environmental costs of palm oil. The World Resources Institute is helping to advance the Indonesian government’s One Map Policy, which aims to reduce conflict by compiling competing land claims on a single map and convening multi-stakeholder meetings to find solutions.

In May 2017, the Indonesian President Joko Widodo approved a two-year extension to a moratorium on issuing new licenses to use land designated as primary forest and peatland. This was the third extension of the moratorium, which was established in 2011 under the previous administration of President Susilo Bambang Yudhoyono, in an effort to reduce emissions from fires caused by deforestation.

Since 2014, European Union law (Regulation EU no.1169/2011) requires food products which include palm oil to be clearly identified as an ingredient on labels, and not just as ‘vegetable oil’. France even considered imposing a ‘Nutella tax’ on products containing palm oil but there was such an outcry from Indonesia and Malaysia that the plan was shelved in 2016. 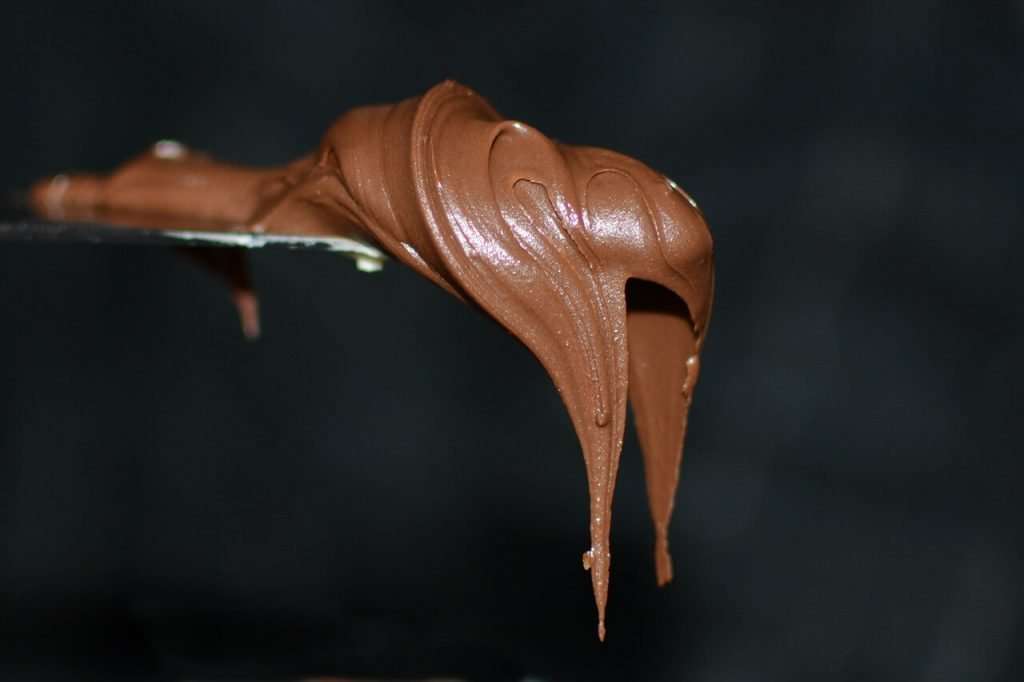 In its April 2017 resolution on palm oil and deforestation, the European Parliament recommended ensuring that all palm oil entering the EU is sustainable. Voluntary certification schemes already exist, of which the most widespread is the international Roundtable on Sustainable Palm Oil (RSPO). As part of this scheme, many European manufacturers and retailers made commitments to source 100% CSPO by 2020.

Among other things, RSPO standards include commitments not to clear primary forest, set off fires, or plant oil palms on land whose ownership is disputed. However, environmentalists argue that such commitments do not go far enough, as they do not ban deforestation in general. The European Parliament is in favour of a new certification scheme with tougher standards, to replace the RSPO and similar schemes.

Progress towards this aim was made in late 2018 in Malaysia. The 15th annual general assembly of the Roundtable on Sustainable Palm Oil (RSPO) closed on the 15th November 2018, with over 850 representatives of the global palm oil and food industry adopting a new certification standard of “zero deforestation” with a vote of 212 to 19 The RSPO introduced a new set of environmental and social standards which included halting deforestation and the planting of peatlands with oil palms, and guaranteed job security and no child labour. These regulations came into effect immediately and will be reviewed in five years.

Although this agreement will go some way towards halting deforestation, one must remember that palm oil is not the worst offender. Along with palm oil, commercial agriculture and cattle ranching account for the majority of global deforestation. The consequences of palm oil cultivation cannot, therefore, be considered in isolation.