Will we still be eating turkey this Christmas? 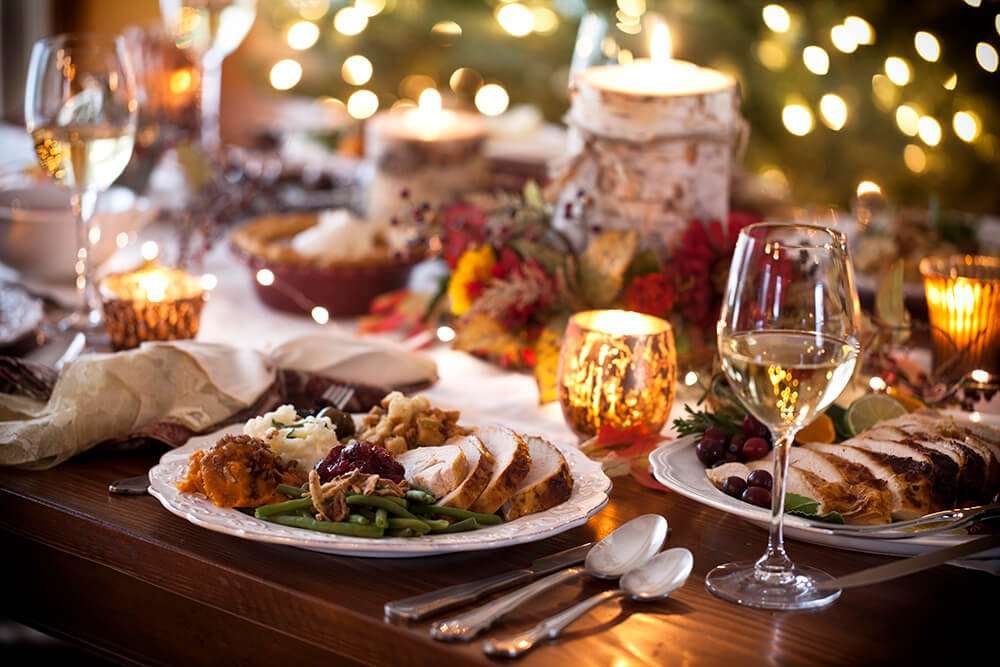 The UK could face a turkey shortage this Christmas as a heatwave in France has resulted in dwindling supplies of eggs for farmers. French breeders provide about a quarter of eggs hatched in the UK that go on to become the birds that form the centrepiece of festive dining tables.

However, with temperatures soaring in France this summer to over 40 degrees C, huge amounts of turkey eggs due to hatch in late August have failed to develop and, as a result, the industry anticipates that supplies will be 10% down on expected levels.

According to Paul Kelly, chairman of the British Turkey Federation and the boss of free-range turkey producer Kelly Bronze, “It’s a bit of a nightmare. We’re seeing a massive shortage of eggs at the moment.”

However, Shraddha Kaul of the British Poultry Council said it had not received reports from members about problems with egg production in the UK, which accounts for about three-quarters of supplies to farmers here.

“We need to keep an eye on supply of French eggs but hopefully the supply issues will be sorted out sooner rather than later,” she said. “British turkey farmers have worked hard to have a sustainable supply of meat for Christmas.”

If British consumers could not get hold of a turkey in time for the festive season, would their Christmas be ruined? Why do the majority of Britons eat turkey at Christmas and from where does this tradition actually stem?

Where do turkeys originate from?

Time to debunk a myth about turkeys – they come from Mexico not Turkey!

A University of Florida study in 2012 proved that the turkey, one of the most widely consumed birds worldwide, was domesticated more than 1,000 years earlier than previously believed. Turkey bones were discovered at an ancient Mayan archaeological site in Guatemala which provided evidence of domestication and the earliest evidence of the Mexican turkey in the Maya world during the Late Preclassic period, from 300BC to 100AD.

According to the report’s lead author Erin Thornton, “We might have gotten the timing of the introduction of this species to the ancient Maya wrong by a significant chunk of time. The species originates from central Mexico, outside the Maya cultural area. This is the species the Europeans brought back with them to Europe – all domestic turkeys originated from Mexico.”

Further north, the American Indians hunted wild turkey for its sweet, juicy meat as early as 1000AD. Turkey feathers were used to stabilise arrows and adorn ceremonial dress, and the spurs on the legs of wild tom turkeys were used as projectiles on arrowheads. 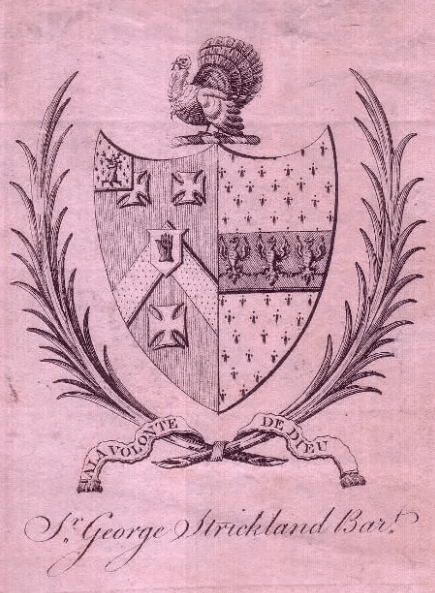 Turkeys are believed to have first been brought to Britain in 1524 or 1526 by Yorkshireman William Strickland, an English landowner and trader who made his fortune sailing to the New World and eventually became an MP. Strickland acquired six birds from American Indian traders on his travels and sold them for tuppence each on his return to Bristol. Strickland made such a fortune importing the birds that he was able to buy a stately home in Yorkshire and even adopted the turkey on his family crest in 1550, the first time it had been depicted in Britain.

Why do we eat turkey at Christmas?

Turkey became a very popular meat after 1550 and was already a common sight at Christmas dinners by the 1570s, before Thanksgiving in America was even invented. A poem from the era describes a Christmas spread containing “beefe, mutton and porke, shred pies of the best pig, veal, goose and capon, and turkey well drest”.  It was the custom to sew the turkey back together after cooking and reattach the plumage so that it resembled the living bird. The turkey was then served with oyster or celery sauce.

Norfolk became the centre of turkey rearing in the second half of the sixteenth century. The arrival of autumn was the signal for thousands of turkeys to be walked to market in London by drovers along what is now the A12. By 1720 around 250,000 turkeys were walked from Norfolk to the London markets in small flocks of 300-1000. They started in August and fed on stubble fields and feeding stations along the A12. The flocks, or rafters as turkeys are collectively described, had their feet tarred or were provided with leather boots to prevent lameness but they still made extremely slow progress: one mile a day.

Even with such high numbers being farmed and transported for consumption, for common folk, turkey remained more expensive than the alternatives. In northern England, roast beef was the traditional choice while in the south, goose was still favoured, although poorer families often made do with rabbit.

Even during Queen Victoria’s reign, turkey was still not the most popular Christmas roast. Eating turkey at Christmas was popularised by the likes of Charles Dickens. In A Christmas Carol, published in 1843, Scrooge sends Bob Cratchit a huge turkey on Christmas Day to replace his goose.

As a result of Dickens’ best seller, even the monarch began serving the bird for Christmas in the late 1850s (after originally preferring swan). Her turkey was roasted in pastry and stuffed with three smaller birds. 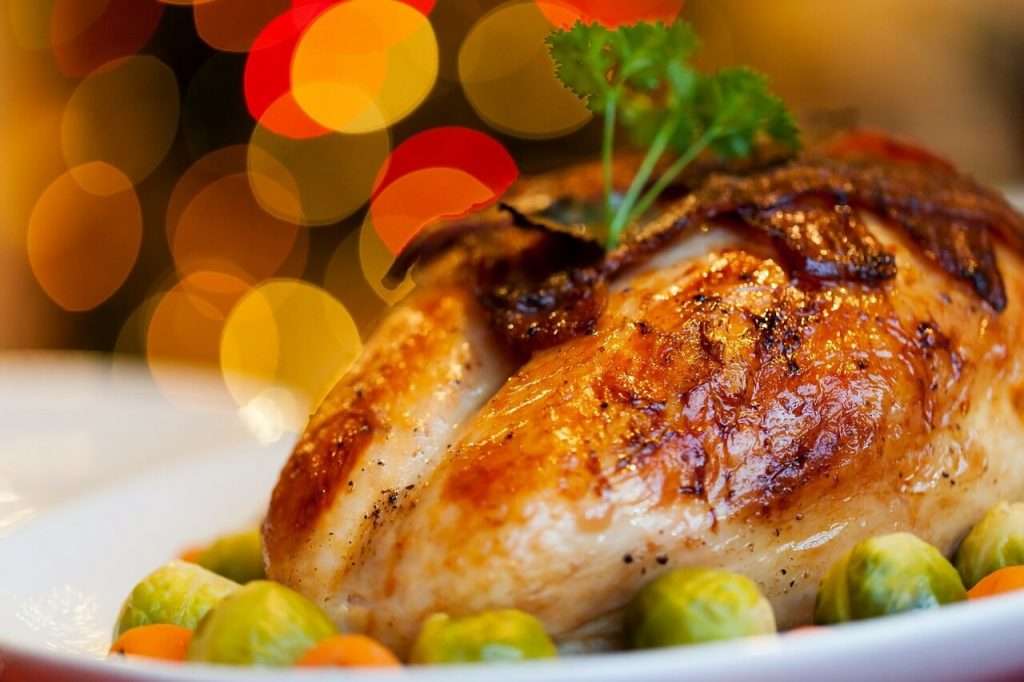 Right up until the Second World War a turkey was still considered a luxury, costing the equivalent of two weeks’ wages for the working classes. It was only in the 1950’s, when the advent of domestic refrigerators made turkey more accessible, that the fowl became the go-to centrepiece for the British Christmas table.

Freezing and intensive farming pioneered by the likes of Bernard Matthews helped make the bird affordable. In 1950 Matthews bought 20 eggs and a second-hand incubator. A dozen hatched, which he sold to a trader and used the proceeds to launch his turkey empire. By the time he retired in 2010 Matthews was selling seven million birds a year.

In the twenty-first century, Christmas now sees the UK consuming approximately 10 million turkeys, with over 75% of Britons serving up a succulent roast turkey as the centre piece of their festive meal this Christmas.

The average weight of the Christmas turkey is 5.5kg, with the most common breeds in the UK being the standard White, Bronze and Norfolk Black. Authentic British turkey breeds such as the Norfolk Bronze and the Norfolk Black are still related to the first six wild birds which were shipped from North America in the 1500s.

White turkeys generally have larger wide breasts and short stubby legs and are considered more flighty than their Bronze cousin. Some people prefer White turkeys due to the appearance of their clean-looking skin and subtle flavour. 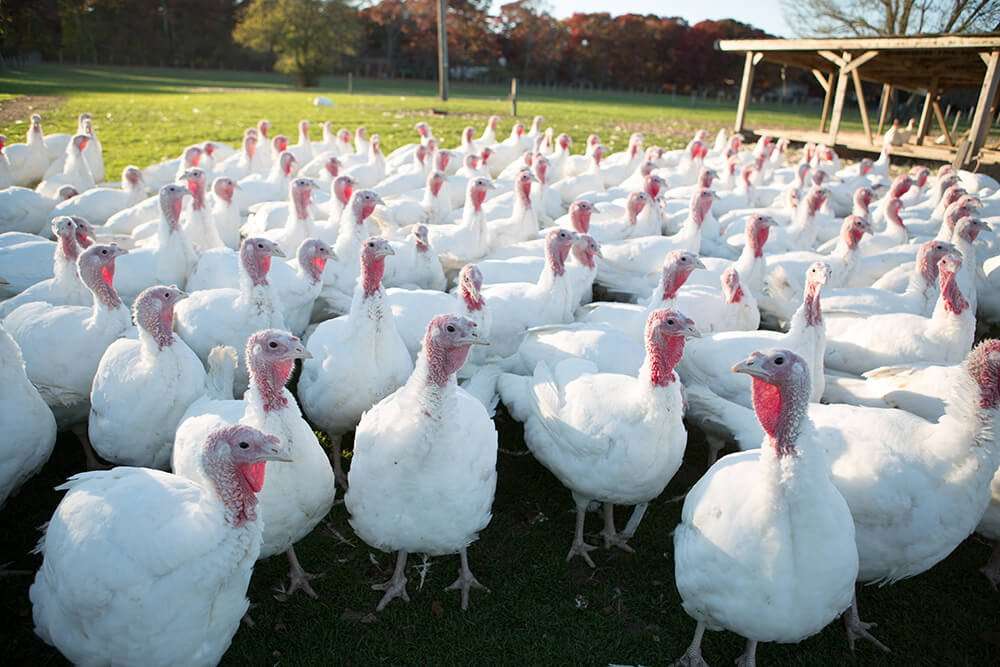 The Norfolk Black was the favoured eating bird in Britain until the twentieth century. Black turkey characteristics include a fuller, gamier flavour, a smaller breast than the White varieties and a fine texture.

Named for its unusual colour, the feathers of the Bronze are a shimmering green-bronze, often appearing metallic in sunlight. Bronze turkeys tend to be more traditionally reared and are usually free range. Like their Black cousins, they are famed for a distinctive gamey flavour and moist meat, but also have a firm texture.

More than 22 million turkeys are produced for meat in the UK every year. The majority are kept in intensive rearing sheds, where the birds are fed cereals, vitamins and amino acids. In Britain, no meat and bone meal from poultry, cattle or any other animal is fed to poultry. The British poultry industry is the biggest user of British wheat, consuming almost one fifth of the total annual UK wheat crop.

Turkeys can live up to 10 years in the wild whereas indoor-farmed turkeys are usually slaughtered between 12 and 21 weeks. Indoor-farmed turkeys have been selectively bred to grow faster, reach heavier weights, and have very large breast muscles. This has the potential to lead to various health problems including painful leg disorders and body system failures, e.g. heart failure.

Intensive production methods can be stressful for turkeys, and when animals are stressed they are more susceptible to disease. Additionally, overcrowding increases the risk of infectious diseases spreading. The 2007 outbreak of avian flu in the UK, for example, had devastating effects on the turkey farming industry.

Turkeys reared in barns are given more space than in intensive systems. Perches and straw bales are often provided, which encourages exercise and exploration. It also allows them to rest above the ground, which is more natural for turkeys and can reduce feather-pecking. These systems usually have better air and litter quality. This reduces the risk of lameness, foot sores and eye problems.

A growing number of turkeys are now farmed on a free range basis. Free-range systems often use slower-growing breeds which means the turkeys are less likely to suffer from the heart problems and lameness associated with fast growth rate.

Red Tractor standards for turkey farming were updated in October 2017 to ensure that all Red Tractor turkey meets its stringent standards for animal welfare, husbandry, disease control and traceability amongst other things.

allmanhall works with its butchery suppliers to ensure traceability and animal welfare wherever possible. For more information, contact the team at hello@allmanhall.co.uk.